So, The Funera Did Not End had a fabulous launch on the 15th of September and copies are flying off the shelves at an impressive rate. We're so thoroughly pleased with ourselves that we're spicing your week with our offering of a sweet excerpt from Sylva Ifedigbo's collection of short stories...stories you're familiar with, written with verve and thoroughly enjoyable to boot! Read this excerpt from the story 'My Abroad Husband' below if you enjoy it, first share with friends, then get your copy of The Funeral Did Not End! 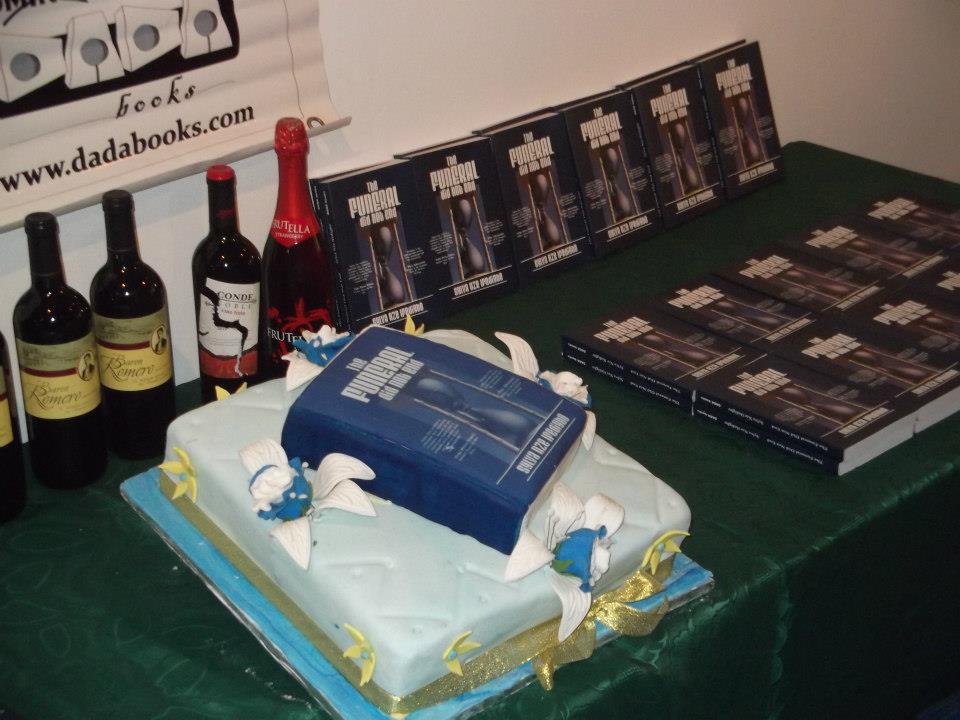 ………………….It was so when I was filling my Jamb forms, I had been in the science class, because Father wouldn’t sleep well if I did otherwise. He was a mathematician. He had a Bachelors degree and a masters to show for it. The myth at home while we grew up was that he was bald because he stayed up all night solving equations. I remember how he made me know the multiplication table by heart at age eight. If he was helping you with an assignment, and you couldn’t give him the answer to a multiplication quiz within seconds, you got a spank.

There was no way his Ada would be in the arts class. Mbanu! That class was for lazy and unproductive people. I had to give up literature and History. I worked extra hard to ace the physics and Chemistry.

After the school certificate I thought I had done enough to massage his ego. I thought I could study my dream course in the university. I filled the first JAMB form myself. My choice was Journalism. When he saw it, he got angry I feared he might cry. He bought another form which he filled himself. It sounded more fulfilling mentioning to his friends that his daughter was studying Engineering.

So while I was still grumbling, skipping meals and locking myself up in the room upstairs, crying my eyes out, a date was fixed for the wedding. I was being married off to a good man that I did not know. A man I did not love. A man they all loved.

That afternoon inside this same lounge of the Enugu International Airport, when I first saw him, I made up my mind that this wasn’t going to be. The wedding could be, but not the marriage. Nothing had happened to give the indication. It was a hunch in my heart. I had gone along with his mother Nkem in the red jeep with shiny wheels to receive him as he had requested the last time we spoke. It was as an hour journey from the village to the airport, and In had felt like Isaac must felt when Abraham wanted to serve him up tom God.

He walked into the airport waiting lounge where we had waited for close to two hours, a luggage in hand, and a smile playing at his lips. He was tall – too tall, and ,massive like an American football player. His hair was cut low, perhaps to hide the fact that he was bald. He wore a big dazzling neck chain, which didn’t sit quite well with the ‘good boy’ picture they had worked on so hard to paint and an air that said something like take note everyone, I am big boy. I stood in awe as I beheld my new husband . My feet threatened to give way.

That was five years ago. The wedding had gone on as planned. Everyone of note was there, even the executive Governor sent a representative. The occasion appeared in Ovation magazine. The cover page was paid for by his committee of friends. They turned up all clad in Italian style suits, complete with bowler hats.

The wedding got a special slot on the state television news and everyone seemed very excited about it. Everyone, but me. There was excess food, well chilled drinks, sumptuous cake and lively music. All that was left was a smile from me to complete the picture. I worked hard to push the ghosts away. I smiled.

But the smile soon faded as we retired for the night. Someone was eager to consummate the marriage the wedding-night style, but not me. It wasn’t like I was a virgin, but it simply didn’t feel right parting my legs for a total stranger-wifely duties or not. He on the other hand felt I was his for the asking. When he tried to touch me and I rebuffed him, his pleasant mien switched quickly from surprise to anger. He couldn’t understand why a girl, a common Nigerian girl, - his new wife- was denying him sex…………….